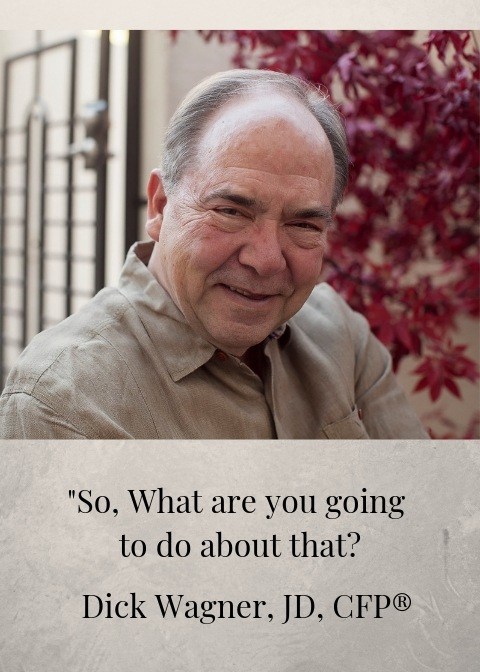 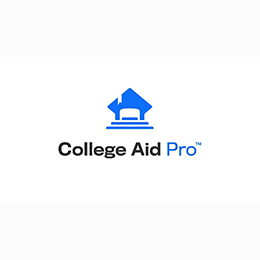 Full disclosure: Dick Wagner and I were friends. We were colleagues and collaborators. And as he was for so many, Dick was a mentor to me.

Long before I ever knew Dick Wagner, I knew of Dick Wagner. Everyone did – you couldn’t attend Retreat without quickly learning who Dick was. But until our paths crossed in mid-2010 serving on Michael Kitces’ 2011 Retreat Task Force, he wouldn’t have known me from Adam.

As far as I know Michael had chosen Dick to be on his task force. I’d love to take credit for having the insight and brilliance to recruit Dick to mine, but FPA assigned him to me. Maybe to put an adult in the room; probably to lend some credibility and name recognition to someone who at the time, didn’t have any.

Dick was an instigator… that’s primarily what I remember from our early interactions. And true to form, no sooner was Retreat 2011 in the books had he cornered me to inquire “as to the theme” of next year’s Retreat (literally the final night of the conference in the hospitality suite). He was always on the clock. I was on like my 4th or 5th beer.

“Trust. I want to explore trust,” I said, somewhat sheepishly – concerned he might object. Instead, and without hesitation Dick gruffly fired back “good. We’re supposed to be the damn experts on money, and yet we don’t even know the first thing about it… where it comes from; how it’s created; why we trust in its value.”

What? WTF are you talking about? I thought. Dick could be puzzling, even irritating, downright infuriating if you let him. But above all he was provocative.

And with that, money; the nature of money; where it comes from; and how it’s destroyed, became our little project. Our side hustle during the next year(s) together.

We read books, went to lectures, scoured the Internet for someone, or something that could help us examine this thing called money. Economists, historians, philosophers – even a conspiracy theorist – before stumbling onto…. an anthropologist.

David Graeber’s book Debt: The First 5,000 Years challenged our very notions about money. In Chapter 2: The Myth of Barter, Graeber examined what had been previously unexamined. This wasn’t exactly what me and Dick set out to find. This was way more than we bargained for. This, according to Dick, “changed everything.”

But it would have to wait.

It was around that same time, about half way into planning the 2012 Retreat, that I got spooked. The task force had developed the notion of exploring trust into the theme “Trust, from the Inside Out.” And now we needed to walk our talk and secure presenters willing (and able) to speak directly to that theme.

Worried I may have bitten off more than we could chew, I began feeling unsure of myself. Dick must’ve sensed something, because he made a big speech at the start of our next task force call. Said he wanted us all to know how unique this Retreat could be. That we had the opportunity to do something very special. That this Retreat had the potential to change the future of financial planning. And that he was proud to be a part of it.

That was huge! I for one had been feeling like I had grabbed a tiger by the tail, and was deathly afraid to let go, for fear of what might happen next. The task force seemed like it might be getting burned out. Dick’s speech turned the whole thing around. The mood of the group was restored. And the spirit of its leader, revived.

A few months before the 2012 Retreat I quietly introduced Dick to the work of Dr. Stephanie Kelton. Stephanie turned out to be one of those unexpected, happy contingencies to come out of our money project. While Dick was reading the rest of Graeber’s book, I had long bored of its author. Chapter 2 was fantastic, but Graeber is a self-described anarchist, and I just didn’t have the patience.

So I went to the book’s bibliography, and found reference to A. Mitchell Innes. Innes’ work led me to Stephanie’s, and a video of one of her talks. I sent Dick the video. He emailed back: “She’s fantastic!”

That was good enough for me. With his assessment, I knew I was on solid ground. I asked the task force to trust me. I wanted Stephanie to speak and I didn’t have time to explain why. With Dick’s blessing, they did.

Getting Stephanie to speak was a different matter altogether. I had already spent every dime FPA had allocated me for keynote and general session speakers. I called her up and said “you don’t know me, and I don’t have any money to pay you, but how do you feel about Scottsdale in April?” She must’ve felt sorry for me. The rest is well, history.

Shortly thereafter Dick and I collaborated on a presentation he wanted to call “This Changes Everything.” I objected and Dick acquiesced, and in the end we settled on “This Could Change Everything.”  I should have listened. He was bold and he was right. Dick Wagner changed everything.

Pretty sure it was the 2014 Retreat when I was asked to introduce Dick as he presented his seminal essay “To Think… Like a CFP” in honor of the 35th anniversary of the Journal of Financial Planning. I gotta confess though, I really didn’t understand what all the hoopla was about with Dick’s paper. I’d read it. Read it again after meeting Dick. Read it a 3rd time after I was asked to introduce him. Still, I just didn’t get it.

The day of his presentation I sat down with Dick to discuss the introduction. I was feeling a little desperate, hoping he’d give me something I could work with. It wasn’t like I could stand up and tell my peers “this paper had a profound effect on me, and my career.” Yet I was about to step into a room full of any number of colleagues who could say exactly that.

I asked Dick to tell me what he saw in the paper. Why did he think it had been so well received? Why did he write it? Finally, I asked him… “what was going on at the time you wrote this thing?”

He told me that in 1989, AUM as a compensation model didn’t even exist. He explained how a handful of pioneers had been trying to get Schwab to deliver duplicate statements to planners’ offices. He painted a picture of a pubescent profession – a profession I had little appreciation for prior to this conversation.

That conversation literally changed his paper for me. I couldn’t grasp the import of his essay because I’d never examined its historical context. A context that once revealed, changed everything – again.

When we lost Dick we lost a bit of our history. Dick could tell us not only what it was to think like, or act like, or even be “like” a CFP, his depth and breadth of the times could transport you into what it was To BE… a CFP in 1989, before AUM, before Monte Carlo, before a whole host of things that today, we simply take for granted – unexamined. For those new to the profession it can be hard to imagine; for others, hard to remember; but for Dick it was hard to forget. The history of financial planning matters… and Dick Wagner is a part of that history, part of what matters.

You really can’t talk about the future of anything (not intelligently at least) without talking about its past. In his book Financial Planning 3.0, Dick characterized two distinct periods in our professions relatively young history. The first 20 or so years being all about the technical aspects of the job – the calculations, the products, the relationship with Wall Street. And that what evolved out of that period was Financial Planning 2.0, where we developed psychological skills, and began putting the financial planning client, rather than the financial planning product, at the center of our advisory relationships.

Dick called on us to move beyond Financial Life Planning, which he located in Financial Planning 2.0. He had reservations about the relationship of behavioral psychology to personal finance. On the one hand he specifically thanked the behavioral folks for bringing us behavioral economics as “at least acknowledging individuals have brains and emotions.” On the other hand, he was quite critical in observing that “from there, they generally equate emotions with stupidity and irrationality.”

But Dick stopped short of providing a road map. That was Dick. He wasn’t an answer man. That wasn’t his way. His was a way of being provocative. Of setting a space for conversation. Space to examine the unexamined.

That was his way.